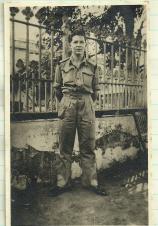 Grants totalling over £51,000 have been announced for good causes with the closure of a Minchinhampton based charity. Major awards for hospital research and smaller donations to aid local organisations were awarded by parish councillors acting as trustees of the A. E. Pash Charitable Trust. Pash (pictured) lived in Friday Street and on his death aged 47, in 1973, left all his possessions to be invested in a trust fund for the same number of years as his age when he passed away. The annual interest on the monies was donated over the years until the final capital was recently gifted to hospital researches and the charity closed. Read the full story here: